Room reservations are now being accepted at The Westin Convention Center, Pittsburgh for the 2022 Eastern Gas Compression Roundtable. The Westin is conveniently connected to the David Lawrence Convention Center by an indoor walkway and is the host hotel for the annual EGCR. The EGCR room rates are effective Sunday, May 1 through Thursday, May 5. To obtain our special rate, please book your room by April 11, 2022.

Important Note: Beware of the hotel solicitation scam. The EGCR has NOT contracted, solicited, or requested any other organization, business, or person to offer hotel reservations for the EGCR. If you receive a phone call or email referencing hotel reservations claiming they are reaching out on behalf of or associated with the EGCR, THIS IS A SCAM. Read more about this at the link noted above. 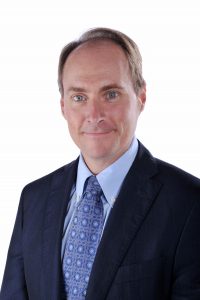 Chris joined Shell in 1992 and worked for 17 years in Deepwater related projects, covering multiple roles including R&D for facility design, Installation Manager for the Brutus Tension Leg Platform and Project Manager for the BC-10 FPSO offshore Brazil.

In 2009, Chris became the General Manager- Project Delivery Unconventionals, managing delivery of Shell’s Heavy Oil and Unconventional shale projects across North America. In 2014 Chris relocated to the Middle East as the Technical Director for Basra Gas Company in Iraq, a Joint Venture between Shell, Mitsubishi and the Government of Iraq to capture and process associated gas from oil field developments. Chris is currently the Project Director for the Pennsylvania Chemicals Project with accountability for delivery of the 1.5 million ton/annum polyethylene facility and supporting infrastructure.